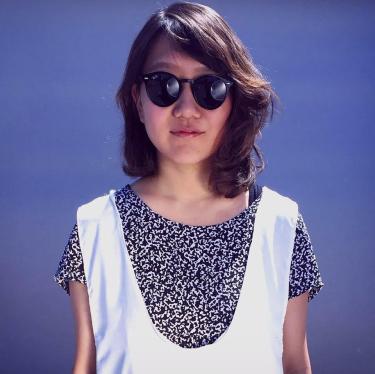 Laura Hyunjhee Kim is a multimedia artist who contemplates and reimagines digitally constructed on/offline (non) human experiences. Thinking through making, she performs moments of incomprehension: when language loses its coherence, necessitates absurd leaps in logic, and reroutes into intuitive and improvisational sense-making forms of expression. Thematically, she researches on emerging trends and patterns in consumer grade technology that encourage human and (non) human interaction and speculates on shape-shifting bodily experiences and perceptions of the world. Kim is the author of Entering the Blobosphere: A Musing on Blobs (published by The Accomplices / Civil Coping Mechanisms, 2019), founding director of Synthetic Empathic Intelligent Companion Artefacts (SEICA) Human Interaction Labs, co-founder of sharing turtle™ (with libi rose striegl), and one of the core researchers at the Centre for Emotional Materiality (with Surabhi Saraf, M Eifler, Caroline Sinders). She received the inaugural ArtSlant Award in New Media (2013), the New Media Caucus Distinguished Scholar Award (2019), and was one of the first artist in residence at the Internet Archive (2017). In 2018, her project seicalabs.org was long-listed for the Lumen Prize for Art and Technology. Kim received a BS in art from the University of Wisconsin-Madison and MFA from the New Genres Department at the San Francisco Art Institute. She is a PhD candidate in Intermedia Art, Writing and Performance (IAWP) at the University of Colorado Boulder.

Member of the Blow Things Up (BTU) Lab