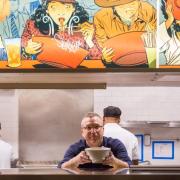 Alumnus uses degree to combine passions for food and Japanese

Ramen restaurateur, chef and author Ivan Orkin has used his degree in Japanese Language and Literature (’87) almost every day since graduating from the University of Colorado Boulder. Initially, he thought it was “crazy” to follow his wife’s suggestion to open a ramen shop. Now he’s succeeding in Tokyo and New York.

END_OF_DOCUMENT_TOKEN_TO_BE_REPLACED 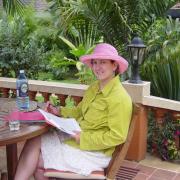 Laura DeLuca published a young adult novel that tells the often-overlooked story of one of the Lost Girls of Sudan and shines a light on the inadvertently competitive nature of asylum-seeking; it won a 2014 Colorado Book Award and was named by the Wall Street Journal as one of its top 2014 book picks.

END_OF_DOCUMENT_TOKEN_TO_BE_REPLACED 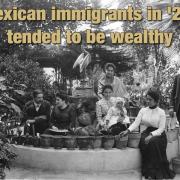 Mexican immigrants in '20s tended to be wealthy

U.S.-Mexico border manifests from the 1920s indicate that Mexicans migrating to the United States then tended to be healthier, wealthier and more productive than those who did not migrate, according to CU-Boulder researchers. Their results suggests that U.S. migration policy in the early 1900s created an environment that drew “economically strong” Mexicans to migrate to the United States, and they say the findings have implications for contemporary policy.

END_OF_DOCUMENT_TOKEN_TO_BE_REPLACED 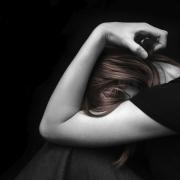 While numerous studies published since the 1970s have documented gender-based violence against college women, much nonviolent gender-based abuse goes unreported by victims and unaccounted for by experts, University of Colorado Boulder researchers report.

END_OF_DOCUMENT_TOKEN_TO_BE_REPLACED 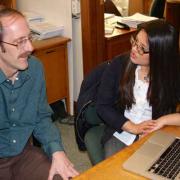 Linguistics Professor Andy Cowell discusses fieldwork with Jonnia Torres, a first-year graduate student in linguistics at CU-Boulder. She is among a team of students who are studying speakers of languages indigenous to Central America. Funded in part by a private donor, University of Colorado Boulder linguistics graduate students are documenting...