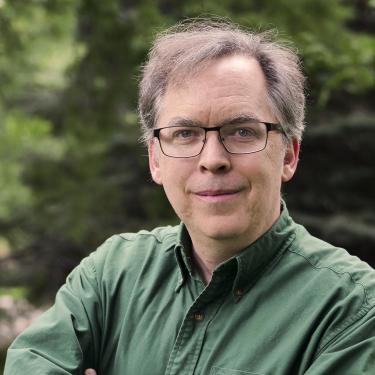 Scott Raile earned his first college degree from the University of Colorado, when he graduated with a Bachelor of Science in Finance from the Leeds School of Business.  About a year after he graduated, it occurred to him that he actually didn't like Business, and he returned to Boulder to pursue his dream of becoming an English professor.  He quickly completed a Bachelor of Arts in English Literature, followed by a Master's Degree from the University of Utah.  He returned to Colorado to work on his Ph.D. and, to pay the bills, took a job as one of the first Open Option academic advisors.  Six years into his Ph.D. program, he decided that being an academic advisor was more interesting than being an English professor, and that's where you'll find him today.

When he's not on the CU campus, you'll usually find Scott hanging out at home.  His favorite hobbies including cooking, listening to music (especially the Beatles and the Grateful Dead) and watching bad movies with his wife and their four dogs.  Scott is the co-author (with Chip Madinger) of the book "Strange Days Indeed", which has been described as the most accurate and detailed biography of John Lennon ever written.