The Department of Germanic and Slavic Languages and Literatures—as a department of foreign languages, literatures and cultural studies—prepares its students for life and careers in an increasingly global world.

Their programs in German, Russian, and Nordic Studies enable students to combine language training with an interdisciplinary look at the regions where their language is spoken. The cultural legacies of the Germanic and Slavic countries continue to shape fields such as literature, art, music, film, philosophy and political science.

The Russian Studies program at CU Boulder opened my eyes to the beautiful culture, people, and language of Russia. Now more than ever, a knowledge of Russian is vital to global affairs and security, and I feel more than prepared to tackle the challenges that face us moving forward.​"

Why Study Germanic and Slavic Languages and Literatures at CU Boulder?

Did you know that German is the most widely spoken language in Europe? Or that the Russian Federation spans nine time zones and covers about 1/8th of the world's land surface?

Studying German Studies, Russian Studies or Nordic Studies in the Department of Germanic and Slavic Languages and Literatures is to learn about a bustling, politically powerful area of the world that is critically important for science, technology, economics and the arts.

The German Studies major at CU Boulder is an interdisciplinary program focusing on the study of the German language, its manifestations in history, and its usage in the current cultural and social context. Students will study the literary, artistic and philosophical aspects of German culture in the past and present, as well as the major historical events and developments in Germany and its neighboring countries. They will also develop an understanding of the current political institutions and dynamics in Germany within the broader European framework.

The Russian major, on the other hand, equips students to understand Russian society, culture and history and gain competence in Russian language. They will become familiar with the outlines of Russian culture from the Middle Ages to the present, including the major Russian artistic/ literary movements of the nineteenth and twentieth centuries, and their relationship with political, economic and social developments. Beyond basic communication skills, students will develop the ability to read non-fiction and fiction in Russian, to appreciate how culture is expressed through language and to respond to literary texts as works of art.

Language-learning is also critical as it activates the grey cells in the brain. This not only improves general intelligence and memory, but it can also reduce the effects of brain aging. Multilingualism also develops the following transferable skills highly sought after by employers in today's global market:

The Department of Germanic and Slavic Languages and Literatures contains a number of research areas stretching across the different programs, including comparative literature; cultural studies and international affairs; history; film studies and art theory; gender, race and migration politics; and philosophy.

For the undergraduate students pursuing a degree from the Department of Germanic and Slavic Languages and Literatures and interested in research or scholarly work, there are a number of opportunities beyond just class work:

As a foreign language major, you will have the skills, information, and concepts that are relevant to careers in virtually every area. A knowledge of foreign language is extremely useful in business, industry, commerce, the civil or foreign service, law, library science, the media, the natural sciences, economics, public administration, government, the health professions, the social sciences and teaching.

Students interested in German or Russian may consider a double major in order to increase their career opportunities. Prospective teachers might consider double majoring or minoring in Education, another humanities discipline, or foreign language, while those preparing for a career in government service or business should benefit from a combination of German or Russian and a social sciences major such as International Affairs, Political Science or History. 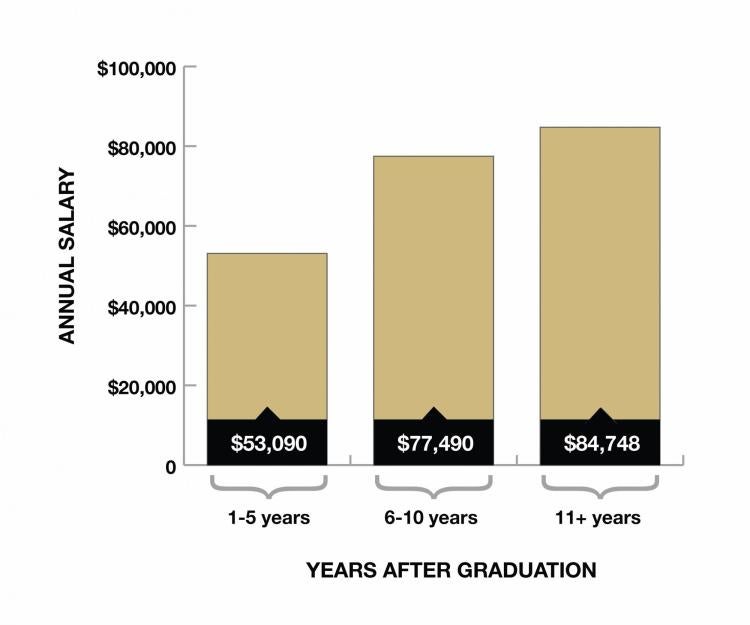 The estimated median salaries, as reported on Tableau, for German Studies graduates for 1 to 5, 6 to 10, and over 11 years out from school. 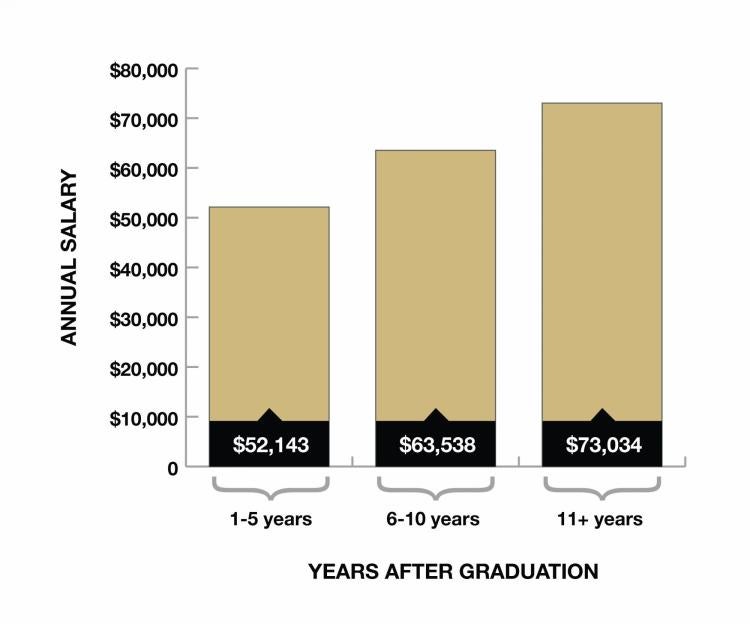 The estimated median salaries, as reported on Tableau, for Russian Studies graduates for 1 to 5, 6 to 10, and over 11 years out from school.

At CU Boulder, German and Russian graduates earn more than the nationwide average of comparable majors as reported by PayScale. CU Boulder alumni in these disciplines earn an estimated annual salary of $86,056 and $87,780, respectively, based on a pool of 146 alumni who graduated between 1989 and 2018. Those amounts, however, are both slightly below the average for all CU Boulder graduates with a bachelor's degree, according to a survey by Esmi Alumni Insight of 25,000 alumni who graduated during the same stretch.

The Department of Germanic and Slavic Studies has an extensive list of alumni, working in a variety of industries across the globe. Some alumni of the program include:

Studying German unlocked a global network I would never have found otherwise while teaching me communication, critical thinking and creative problem solving skills. From fellow study abroad alums to multilingual mentors, having a second language in common has connected me to many interesting people in my personal and professional life."