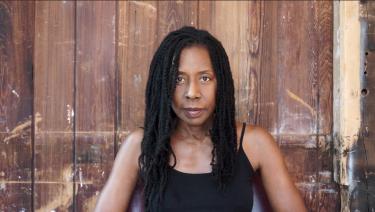 Françoise Soulé Zinsou Duressé is a multi-ethnic interdisciplinary artist whose work is rooted in the practice of digital collage, installation, painting and drawing, performance and oral storytelling, film-making and experimental sounds. Her art practice focus is on Afro-Caribbean history, culture and literature. Her work addresses the politics and aesthetics of trauma and death, geographical and social displacement, the complexities of spoken and body language, memory and time, the shifting political realities of race identity and gender. She was the recipient of a Yaddo residency, honored with the Donald and Genie Rice Filmmaker Residency Grant, and nominated in 2015 for the Joan Mitchell Foundation Painters and Sculptors Grant Program. In 2017 she performed at the Black Mountain College Museum & Art Center. Several publications have written about her work, including Art in America, and she was featured on Oprah Winfrey Network (OWN). She has exhibited her work in the Middle East, Asia, Europe and the Americas.