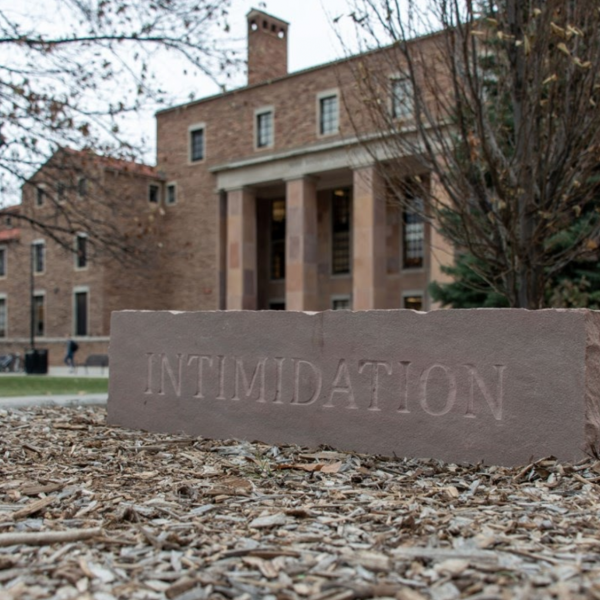 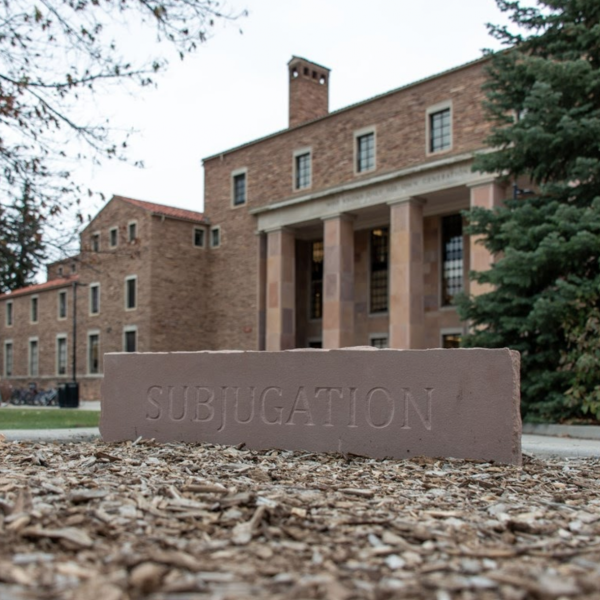 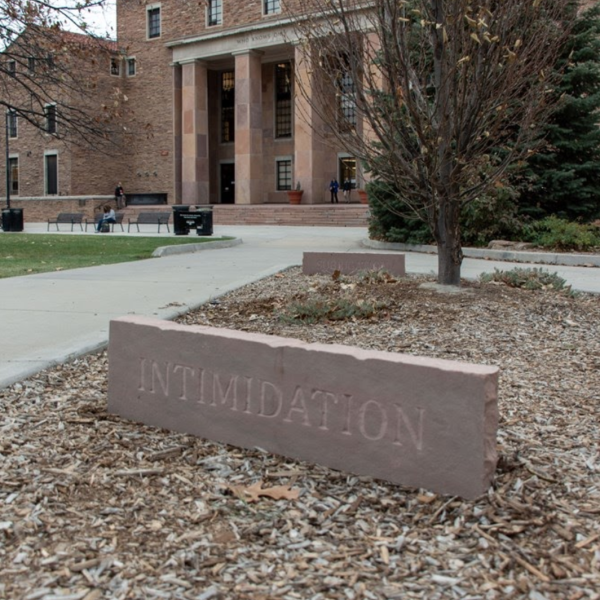 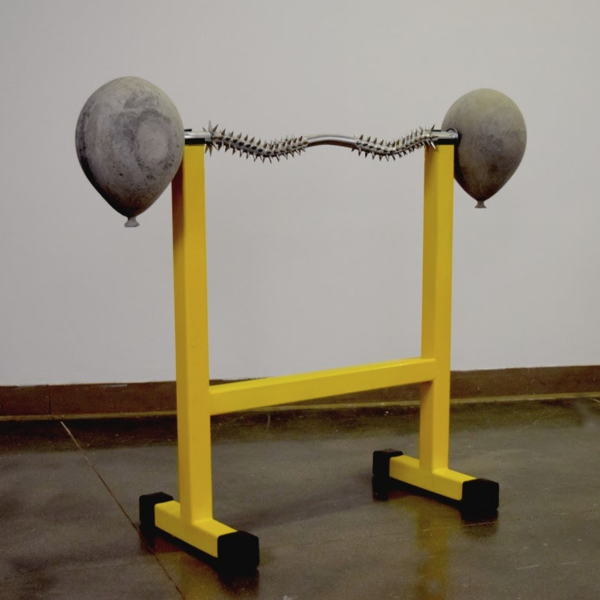 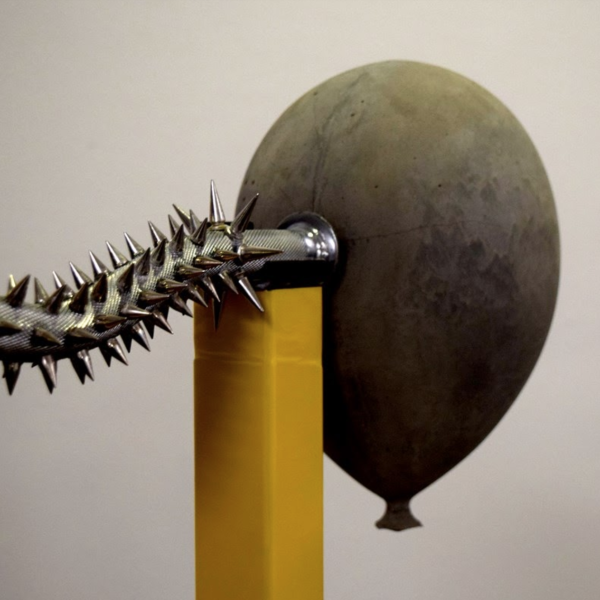 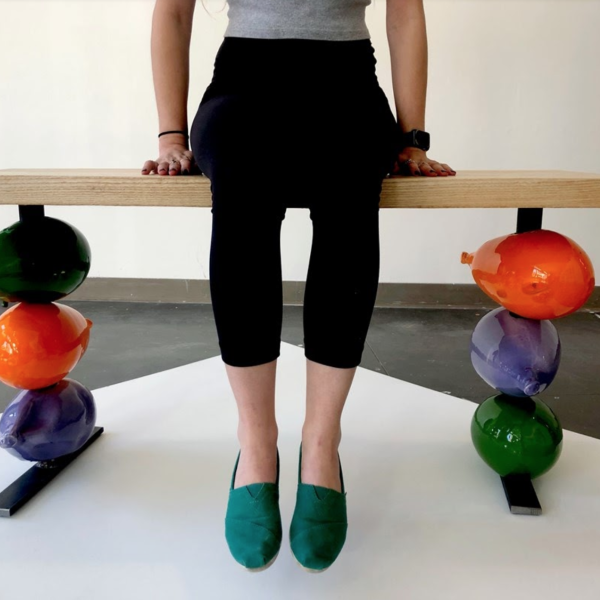 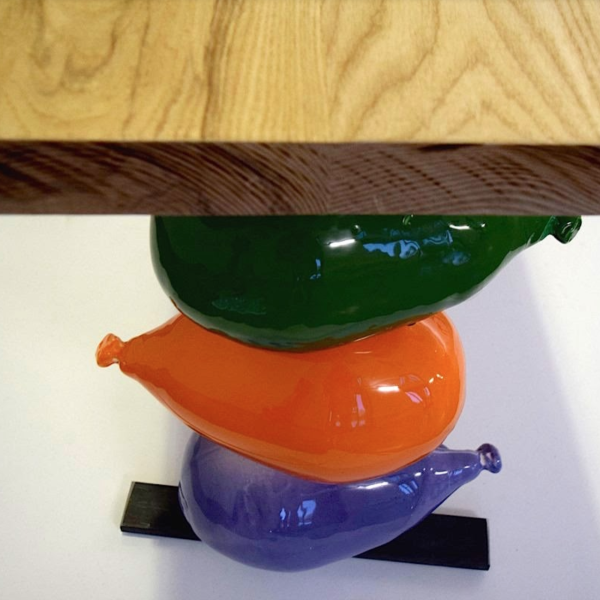 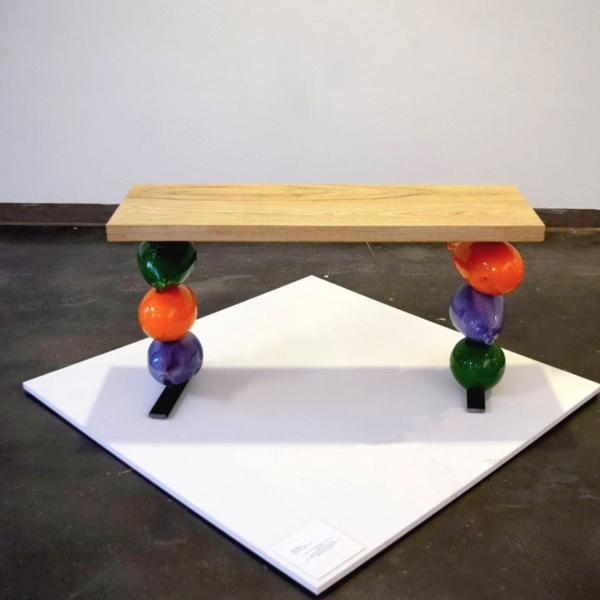 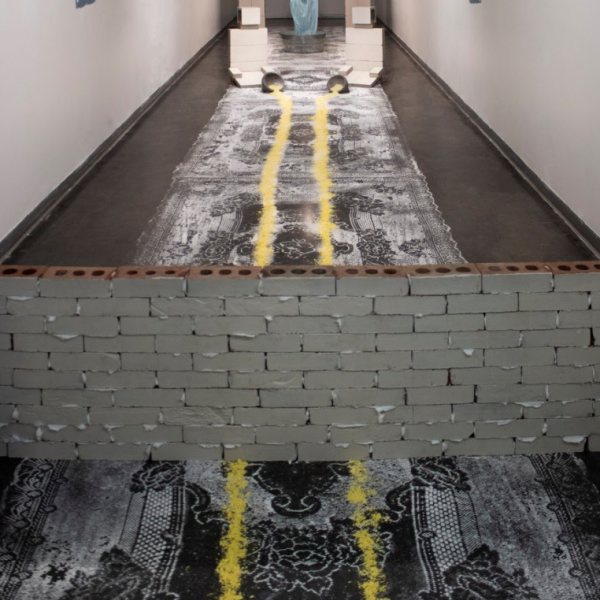 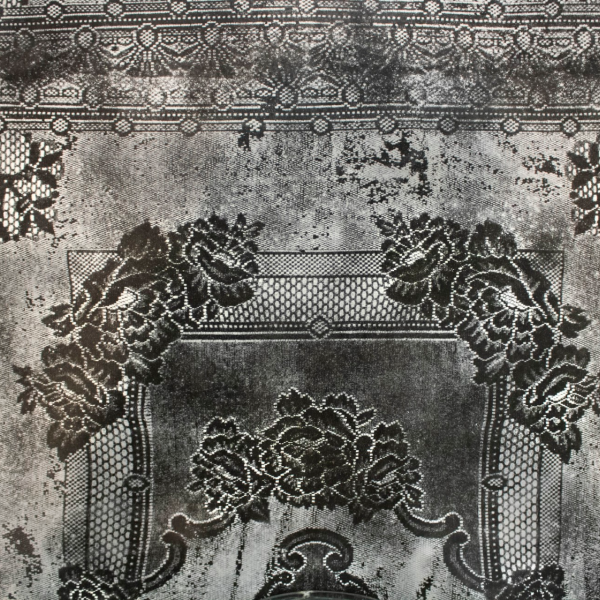 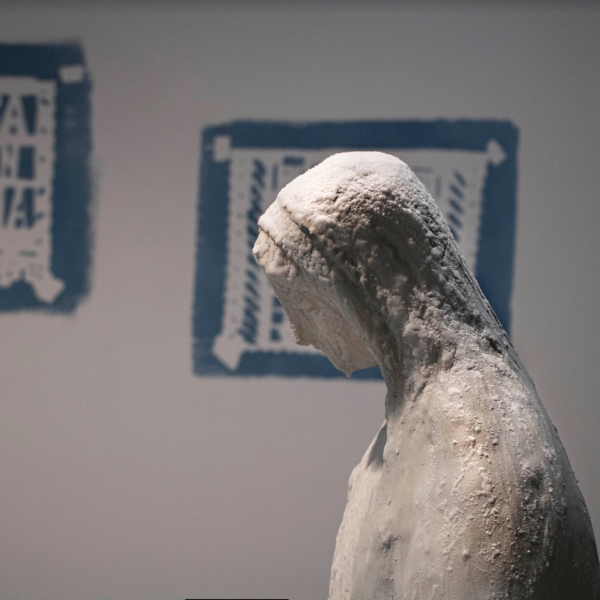 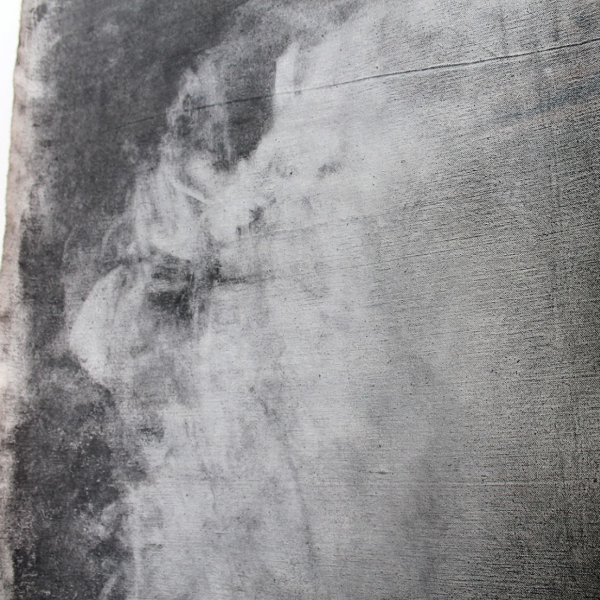 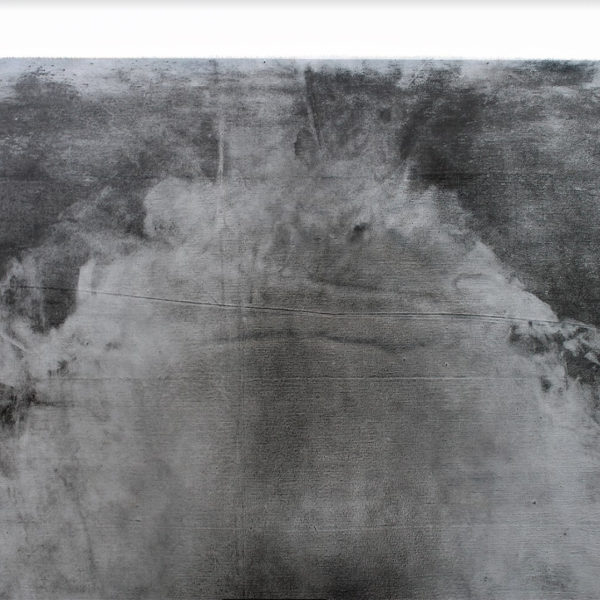 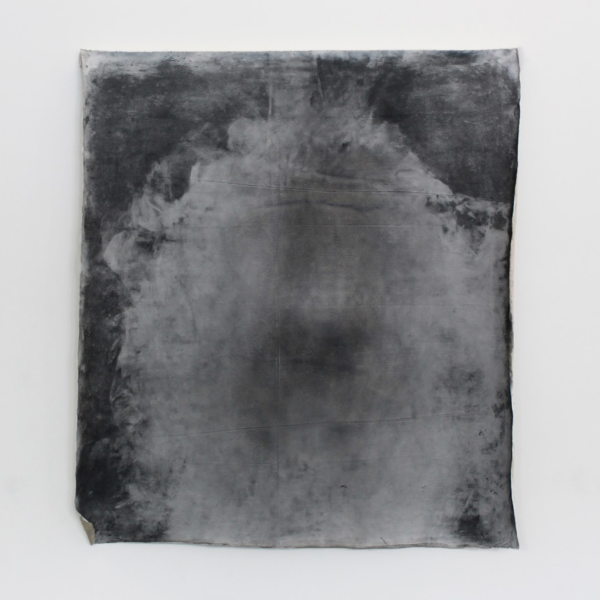 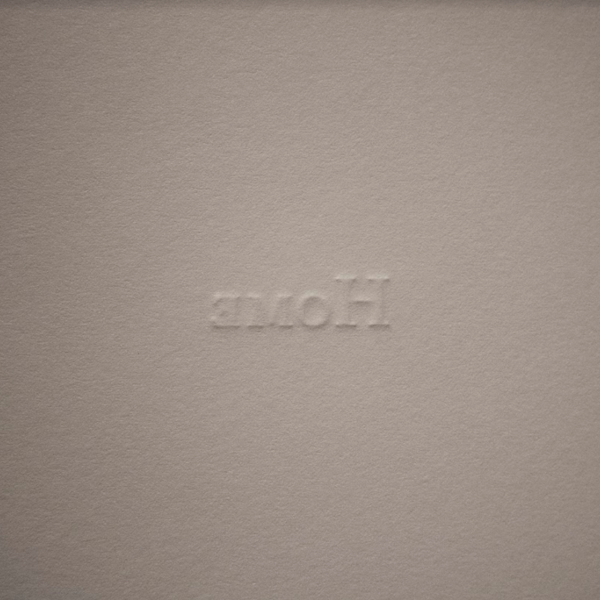 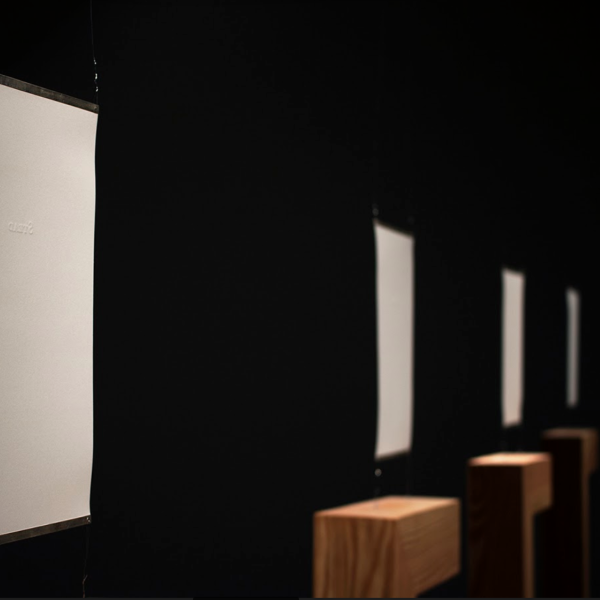 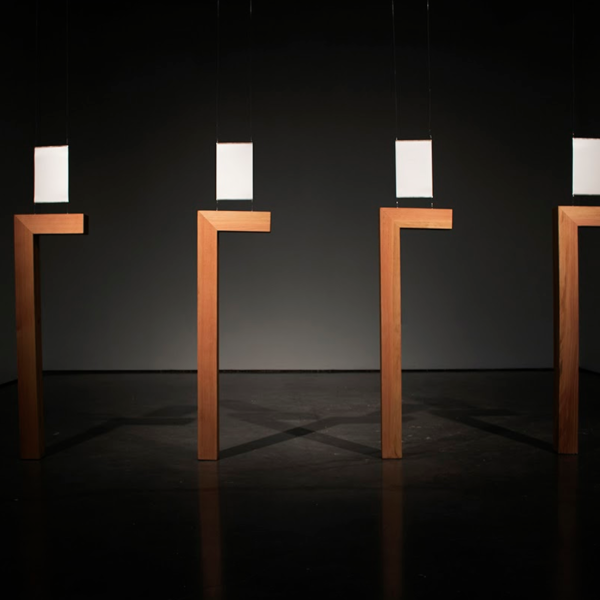 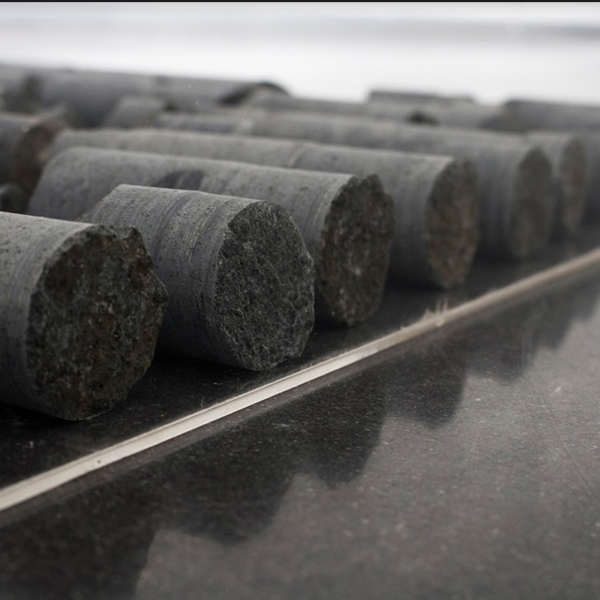 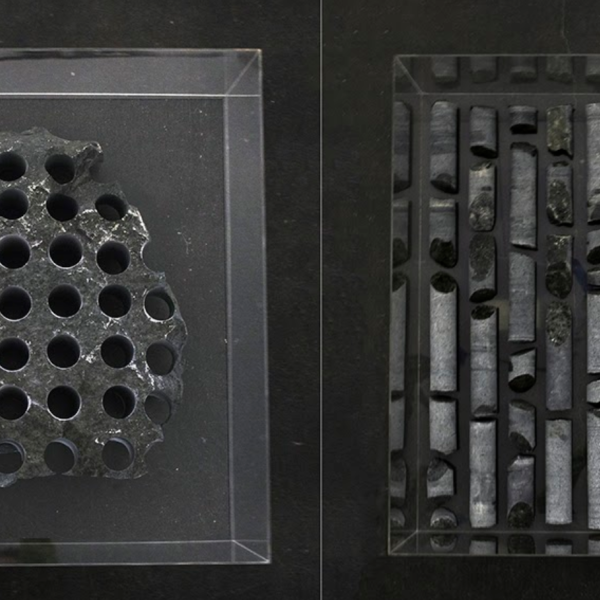 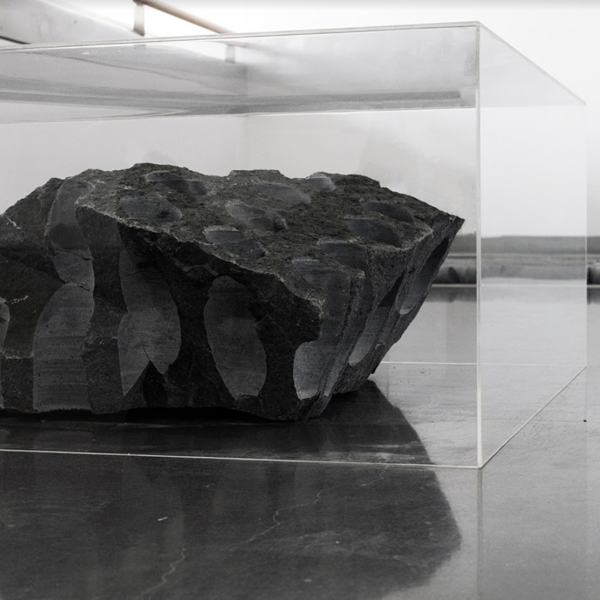 COREY ERICKSON
Corey Erickson’s work emerges from an architectural awareness of our built environment and an ad-hoc approach to sculpture. His process navigates the boundary between art and design—bottom-up methods of creation depend on top-down methods of inquiry and iteration. The work originates from its surroundings. The everyday-ordinary is examined and explored in an effort to reveal the hidden meanings residing in forgotten, visible places. Erickson’s practice is inherently interdisciplinary and lends itself to both experiment and constraint—ideas are curiously explored while a consideration for 21st-century responsibilities is maintained. The result allows for new understandings and perspectives to arise from the complex and contradictory world we inhabit.
GRACE GROVES
I am interested in confronting the unapproachable. Through the use of ceramic objects as a catalyst to communicate personal narratives, my work explores themes of familial death, vulnerability, and co-dependence. Rooted in my memories, the homicide of my father motivates my investigation into the conflicting relationship between social distrust and reliance. My art ultimately questions these interactions by highlighting the divisions they cause. Repeating throughout my artistic practice, the balloon objects in my work are vessels of communication. They represents the fragile lines of communication I have with my deceased father. By recontextualizing objects out of their initial form, my work abstractly mimics the action of writing a letter, tying it to the end of the string, and communicating with past loved ones.
JAVIER PADILLA-GONZALEZ
Interpretive Text: As a response to the research I conducted in Jalostotitlan, Mexico in August of 2019, I created 'Motherland', an installation that examines the relationships between popular Catholic iconography, gender roles, and Mexican-American migration. The installation consists of two axes delineated by a flour 'holy carpet', recalling the exchange of culture through cuisine. The space which contains Mother Mary is separated from the viewer by a lard brick wall, impeding viewers from entering this 'other' space and recreating the geographic displacement of many transnational families. The installation follows in the tradition of Catholic devotional art to the extent that I express my own anxieties over the current climate surrounding Mexican-American.
SARA ST. CLAIR
I explored the relationship between the body, emotion and the subconscious in my piece, Sleep Drawing Experiment. In general, I am interested in human emotion, and how we experience emotion not only mentally, but bodily, subconsciously and relationally. While unconscious, I tracked the movement of my body through a subtractive mark making process. By sleeping on a graphite coated canvas, I redefine the body from model to maker.
AIDAN WELBY
St. Louis born artist Aidan Patrick Welby explores the relationship between land use and communal identity— a place and its people. Approaching this relationship through a lens of environmentalism, Welby is both captured by and critical of the ways in which a community’s reliance upon the land is shaped by its regional identity and yet ultimately destructive to the land. Welby’s work is tied to language. Drawing upon written codes of law and oral folk traditions, he views his work as a synthesis of objective prose and subjective poetics; two modes of thought bound into a single visual sentence. Often enacting process based work, Welby replicates industrial practice in a concentrated manner. The result, an altered land-object, can be seen as exploitative, and yet a potent means of demonstration. Other work is rooted in folklore, centuries old understandings of a people and a place, collapsing these timeless tales into a singular contemporary moment of political and environmental critique. Welby’s work evolves from its location —a regionalist approach which aims to combat 21st century ideas of a globalized culture— forefronting communal identity over the commonalities which transcend time and place to define us as human.

Split Estate, Granite from public land, acrylic boxes 2019
Public land use is divided. There are those who value its wilderness, and those who desire its value. The Bureau of Land Management defends a need to balance these competing goals: mineral production and environmental protection. This balance encourages commercialized prospecting— industrialized coring of the landscape to locate rare minerals for later extraction— while simultaneously highlighting attempts to maintain wild land. Split Estate offers this story of division, examining the relationship between production and preservation in an effort to equate that which lies broken with that which remains complete.
The Great Divide, Words from the Homestead Act and homesteader diaries, fine silver, douglas fir 2019
Four white pages—trimmed in silver and stretched by parallel lines of steel— form a curtain which bisects a space, dividing here from there. Words sourced from US Government documents and personal journals from travelers are embossed on opposing sides of each sheet; framing the divergent narratives as a pair of words to speak for each singular idea.