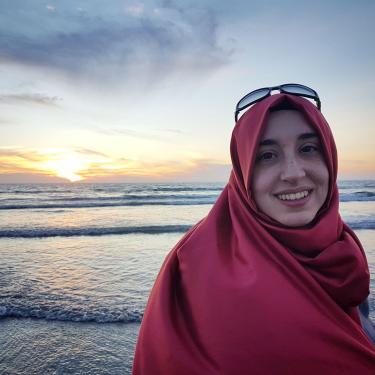 I'm interested in studying aortic valve stenosis which characterized by the thickening and the stiffening of the valve leaflets. This limits leaflet movement causing restricted flow and death due to heart failure. Myofibroblasts are contractile cells characterized by alpha-smooth muscle actin stress fibers and increased secretion of ECM components. Upon injury resolution, myofibroblasts population reverts back to the quiescent state or they’re cleared by apoptosis. However, in the diseased valve, the myofibroblast population persists and continues ECM secretion. Which leads to the stiffening and the thickening of the valve. This further promotes the myofibroblast activation leading to a positive feedback loop resulting in fibrosis. I'm interested in studying the role of individual mechanosensitive proteins and their effects on fibrosis development. I use inhibitors for mechanosensitive proteins to identify signaling pathways that play a role in myofibroblast activation. Traditionally, cells are cultured on tissue culture plastic. However, because plastic is orders of magnitude stiffer than tissue, they display a highly fibrotic phenotype. Our lab’s shown that VICs behave differently on hydrogels with different stiffnesses. On soft hydrogels, VICs have a quiescent fibroblast phenotype and stiff hydrogels they’re activated to myofibroblasts. In my research, I utilize PEG hydrogels to study phenotypic differences of VICs on soft and stiff hydrogels in the presence of mechanotransduction inhibitors.