Was Dvorak's "New World" visit a dream, which brought enlightenment and freshness to American music, or just another example of confusion, colonizing and exploitation?  How did different types of thinkers with different agendas and perspectives answer this question at the time, and how do they today?  We invite you to join us and explore the answers to these questions with Dr. Beckerman. 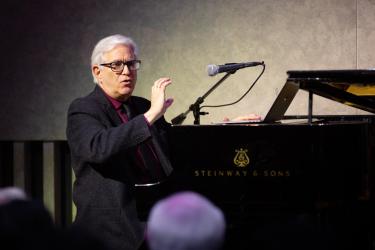 Michael Beckerman is Carroll and Milton Petrie Chair and Collegiate Professor of Music at New York University. He has written articles on such subjects as film scoring, music of the Roma (Gypsies), Mozart, Brahms, exiled composers, and music in the camps, as well as many studies and several books on Czech topics, including Dvořák and His World (Princeton University Press, 1993), Janáček as Theorist (Pendragon Press, 1994), New Worlds of Dvořák (W.W. Norton, 2003), Janáček and His World (Princeton, 2004), and Martinů’s Mysterious Accident (Pendragon, 2007). 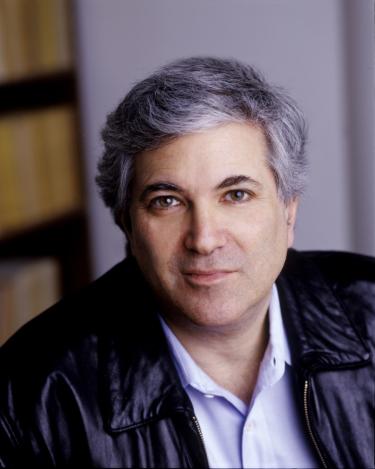 Dr. Beckerman has been a frequent contributor to The New York Times and was a regular guest on Live From Lincoln Center and other radio and television programs in the United States, Europe, and Japan. Dr. Beckerman lectures nationally and internationally and has organized many concerts and symposia. He was awarded the Janáček Medal by the Czech Ministry of Culture, is a recipient of the Dvořák Medal, and is also a Laureate of the Czech Music Council; he has twice received the Deems Taylor Award. He was chair of the New York University Department of Music (2004–13), served as distinguished professor at Lancaster University (2011–15), and last year received an honorary doctorate from Palacký University in the Czech Republic.


This public talk is in conjunction with Boulder Philharmonic Orchestra's "Dream of America" program on Saturday, April 27 at 7:30 pm in Macky Auditorium, which features the New World Symphony and Peter Boyer's Ellis Island.  Dr. Beckerman is giving the 6:30 pre-concert lecture.  "Dream of America" tickets are sold here.

Beckerman's talk will be in the new CASE Building which sits above the Euclid Parking Garage at 1725 Euclid Avenue, just west of the Imig Music Building. 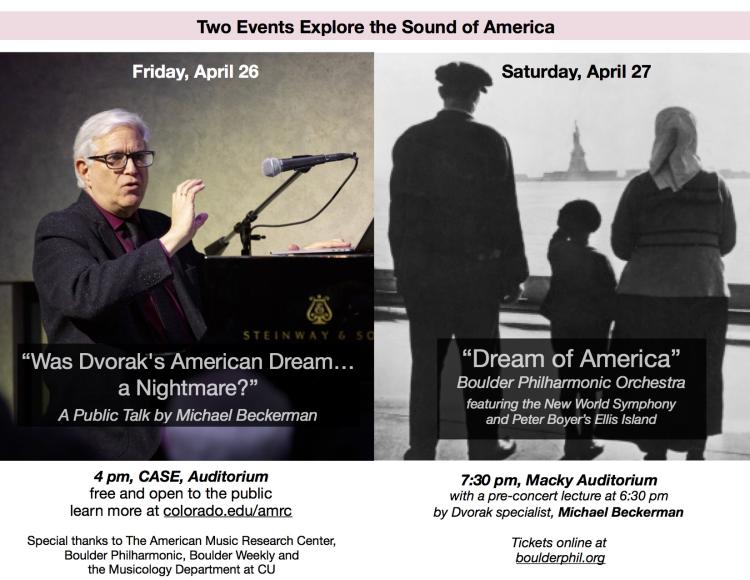