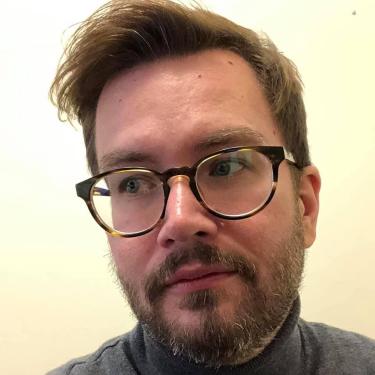 Matthew J. Jones is a Houston-based musicologist and cultural critic. A first-generation college student from rural northern Georgia, he received a doctorate in Critical and Comparative Studies in Music from The The University of Virginia in 2014. His work explores the relationships between LGBTQIA+ culture, music, media, and activism. His book, Love Don't Need a Reason: The Life and Music of Michael Callen (Punctum Books) will be published in 2020. His work has also appeared in The Journal of the Society for American Music, The Journal of Popular Music Studies, Women and Music, and the Oxford Handbook of Music and Queerness. In 2017, he won the ASCAP Deems Taylor/ Virgil Thompson prize for concert music criticism for his essay, “Enough of Being Basely Tearful: ‘Glitter and Be Gay’ and the Camp Politics of Queer Resistance.” He is currently at work on a second book, Popular Music-Making During the AIDS Crisis: 1981–1996(Routledge, forthcoming).