Watch this space for announcements about upcoming aerospace-related student opportunities and events.

END_OF_DOCUMENT_TOKEN_TO_BE_REPLACED

Registration links for the upcoming PDSS events will be posted two weeks prior to each scheduled event. Lunch and refreshments provided at each event!

PDSS #8 - Working in the Aerospace Industry

John Wojick is the retired (February 2017) Senior Vice President, Global Sales and Marketing for Boeing Commercial Airplanes. Appointed to this position in August 2012, Wojick was responsible for the sales and Marketing of commercial airplanes and related services to airlines and leasing customers in all markets worldwide. Wojick has held several high-level positions within the Sales organization since 2002. He previously served as the vice president for North America Sales, which he assumed in February 2012. Prior to leading North America Sales, Wojick was the vice president of Asia Pacific and India Sales.

Previously, Wojick served as a Commercial Airplanes sales director and was responsible for Continental Airlines, Federal Express, National and several other U.S. airlines. From 1994 to 1996, Wojick led sales for used and VIP airplanes and was involved in the discussions that led to the launch of Boeing Business Jets. Wojick joined Boeing in 1980 as an aerospace engineer and held a number of assignments in maintenance and systems training, flight operations engineering, internal audit and marketing.

Wojick graduated with honors from the University of Colorado in 1980 with a Bachelor of Science in aerospace engineering and earned his master of business administration from the University of Colorado in 1985. The son of a U.S. Air Force and United Airlines pilot, Wojick was born in Riverside, Calif., and grew up in Wheaton, Ill. He lives in Seattle with his wife Beth and enjoys skiing, golf, hiking, biking (mountain and road) and scuba diving. Wojick also holds a private pilot's license. 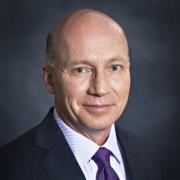 During a 32-year career in the U.S. Army, Stephen has developed a unique expertise in procurement and contracting in support of Federal and commercial organizations around the globe.  He has served as a contract specialist, contracting officer (unlimited warrant), Principal Assistant Responsible for Contracting, Head of Contracting Activity, and on the Army senior procurement policy staff.  He is a recognized expert in Federal procurement policies and procedures, including the Federal Acquisition Regulation (FAR) and Defense FAR Supplement (DFARS).

Stephen has held senior executive positions in organizations including the Vectrus Systems Corporation, the U.S. Army Corps of Engineers the U.S. Army Materiel Command, and the U.S. Army Procurement Staff.
As the Deputy Director of Contracting, U.S. Army Corps of Engineers, Stephen led, trained and mentored over 300 contracting professionals executing a $16 billion portfolio of DoD and commercial contracts; working closely with Program Managers and requirements officials throughout numerous Federal Government Agencies.
As the Commanding General, U.S. CENTCOM Joint Contracting Command, he was responsible for the execution of all contracts supporting U.S. and NATO forces in Afghanistan.  Stephen led, trained and mentored a diverse workforce of military, civilian, and contractors throughout the combat theater, performing all facets of international, operational contracting and supply chain management.

As the Commanding General, U.S. Army Mission and Installation Contracting Command, he led over 1,700 contracting professionals providing over $8 billion in annual contracting support to Army and DoD customers, including all Army installations in the U.S. and Puerto Rico.  Stephen was the Army’s lead procurement advisor to DoD customers for training support, contracted technical services and installation support services.  Stephen has also served as the Commander, U.S. Army Contracting Command Europe; and as the Commander, Defense Contract Management Agency-Virginia.

Hieb began his career as an aerospace engineer with NASA, working in Mission Operations. He was in Mission Control for the first Space Shuttle launch in 1981, and was involved in many shuttle missions in various roles, becoming an expert in rendezvous and satellite deploy and retrieve missions. Selected as an astronaut in 1985, For most people, his most well-known flight was the maiden voyage of Endeavour, which was built to replace the lost Challenger Space Shuttle.

The 1992 Endeavour flight was a satellite rescue mission that involved a number of high profile spacewalks, culminating in the first and only three person spacewalk where Rick and his colleagues captured a 9000 pound satellite in their spacesuit gloved hands. They then attached the satellite to a booster rocket, and released it, sending it safely on its way to the originally intended orbit. In addition to being the only three person spacewalk in history, this held the record for more than ten years as the longest ever spacewalk, at just under eight and a half hours.

In 1995 Rick left NASA to enter private industry, where he spent 20 years as an aerospace executive, managing a wide array of activities, involved in nearly every aspect of space flight and a number of other highly technical endeavors, with a workforce distributed from Alaska to Antarctica. He is currently a Scholar in Residence instructor at the University of Colorado in Boulder, recognizing the importance of this opportunity to help develop the next generation of engineering talent.

Hieb received a Bachelor of Arts degree in math and physics from Northwest Nazarene University in Nampa, Idaho, in 1977, graduating with highest honors, and a Master of Science degree in aerospace engineering from the University of Colorado in 1979.

Rachel Cheetham MD5 is a U.S. Department of Defense (DoD) program office that collaborates with partners from major research universities and the venture community to provide solutions to the real-world problems of warfighters. Through it’s three portfolios, Education, Collaboration and Acceleration, MD5 offers programs and services that facilitate catalytic collisions between military innovators and non-traditional problem-solvers. As MD5’s Rocky Mountain Regional Director, Mrs. Cheetham engages with military customers and community partners in Colorado, Wyoming, Utah, Montana, and the Dakotas to ensure the region’s best ideas, talent and technology are applied to critical problems of national security.

Previous to her role with MD5, Mrs. Cheetham served as the Chief of Staff at Sierra Nevada Corporation’s Space Systems where she worked with the executive team to coordinate strategy development and execution. Mrs. Cheetham received a Bachelor of Business Administration in International Business and Economics from New Mexico State University and holds a Master of Business Administration from the University of Colorado.

PDSS #3 - Working in the Classified Sector

PDSS #2 - How to Get a Job in the Aerospace Industry

Shawn Linam is the CEO and co-founder of Qwaltec, a Tempe, Arizona woman owned small business that provides space systems operations and engineering services. She has extensive experience in space systems operations and has designed and implemented training systems for numerous government and commercial space programs. She began her career in space operations at NASA where she worked as an astronaut and flight controller instructor for the Space Shuttle and the International Space Station. Shawn is passionate about inspiring STEM interest in young girls and is the STEM Advisor for the Girl’s Rule Foundation. The Girl’s Rule Foundation is a leader in empowerment, leadership and educational workshops and programs for girls ages 12-18.

Linam, will be speaking on how she “stumbled into space”. She will discuss how she began her career in the space business, challenges of being a woman in a male dominated field and challenges of starting, maintaining and building a business.

Bill Miller is the CEO of Deep Space Industries, a space transportation company focused on dramatically lowering the cost of access beyond low Earth orbit.  Bill has a history as a successful entrepreneur, has managed small fast-growth startups and has been the CTO, divisional President and board member of a large public company.   Bill has a degree in electrical engineering and, prior to joining DSI, was an active investor in multiple space startups.  In 2012, Bill and his wife Ann took a three year hiatus, bought a 63’ boat, and sailed alone for over 20,000 miles from Long Island, NY to as far as Trinidad and Tobago.

Bill will discuss the mission of Deep Space Industries, their new interplanetary spacecraft, as well as the unlikely career path he took to arrive as CEO of a space company.  Bill is passionate about building a sustainable space industry that is not dependent on the vagaries of politics and government funding.

Sign up to get news about upcoming aerospace-related events and opportunities delivered to your inbox.