Julie Lundquist: Investigating the Science and Impacts of Wind Energy 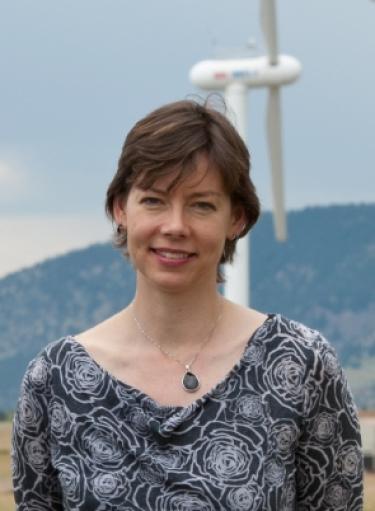 In an era of increasing concern for climate change, a growing emphasis has been placed on understanding the science, limitations and implications of renewable energy. Dr. Julie Lundquist, ATOC Assistant Professor and National Renewable Energy Laboratory (NREL) Research Scientist, is investigating the physical processes that govern wind energy, with an eye towards their societal impacts.

Lundquist’s involvement in renewable energy evolved from an interest in boundary-layer meteorology, as she explains:

In graduate school at [CU-Boulder], I was focused on boundary-layer meteorology, the meteorology of the boundary layer, the part of the atmosphere in which we live. At Lawrence Livermore National Laboratory, I focused on pollution dispersion and transport – essentially the question of where nasty stuff goes, and how we can deal with it. After several years, I wanted to use the same tools that we used for pollution tracking for something more positive - decreasing CO2 production."

Though considering herself a “portfolio-solution person” that supports the investigation of various sources of renewable energy, Lundquist found herself particularly attracted to the study of wind. She notes:

“The complex dynamics of atmospheric flows in the boundary-layer are fascinating, and they naturally segue into wind energy. Turbulence, [by its nature], is very dynamic and messy. It’s a very humbling area of research.” 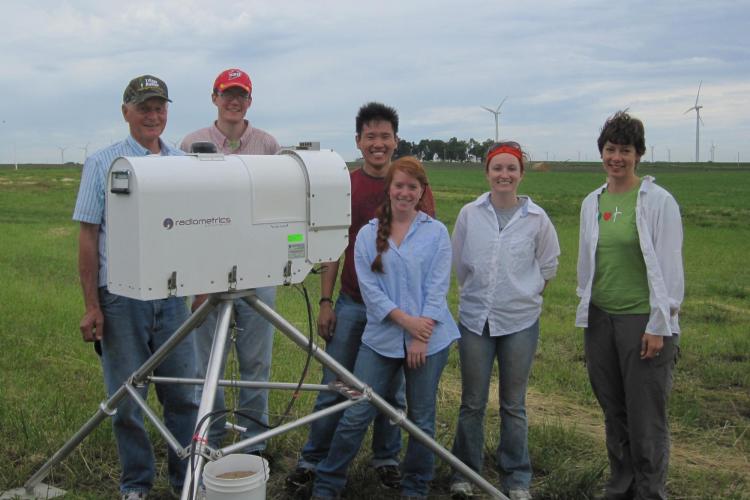 In 2010, Lundquist joined the CU-Boulder ATOC faculty, serving a joint appointment at the Colorado-based NREL. Since then, Lundquist has led a variety of interdisciplinary investigations into the science and impacts of wind energy.

“We are focusing on the Columbia River Gorge, a region that produces nearly 5 GW of wind energy from thousands of wind turbines. Power grid operators need to know how much energy at any given time these wind turbines will be providing to the grid. The team will deploy hundreds of instruments – including 3 lidars from my group and a microwave radiometer – to measure the wind in this region and to evaluate and improve flow models for this region.”

Involving over ten universities and research institutions, this project requires an extensive web of national collaborations. Among these contributors are the Colorado-based NOAA Earth Science Research Laboratory, NCAR, and Lockheed Martin Space Systems. The team is led by Vaisala, an international company based in Finland with offices in Louisville, Colorado, that specializes in environmental and industrial measurements. 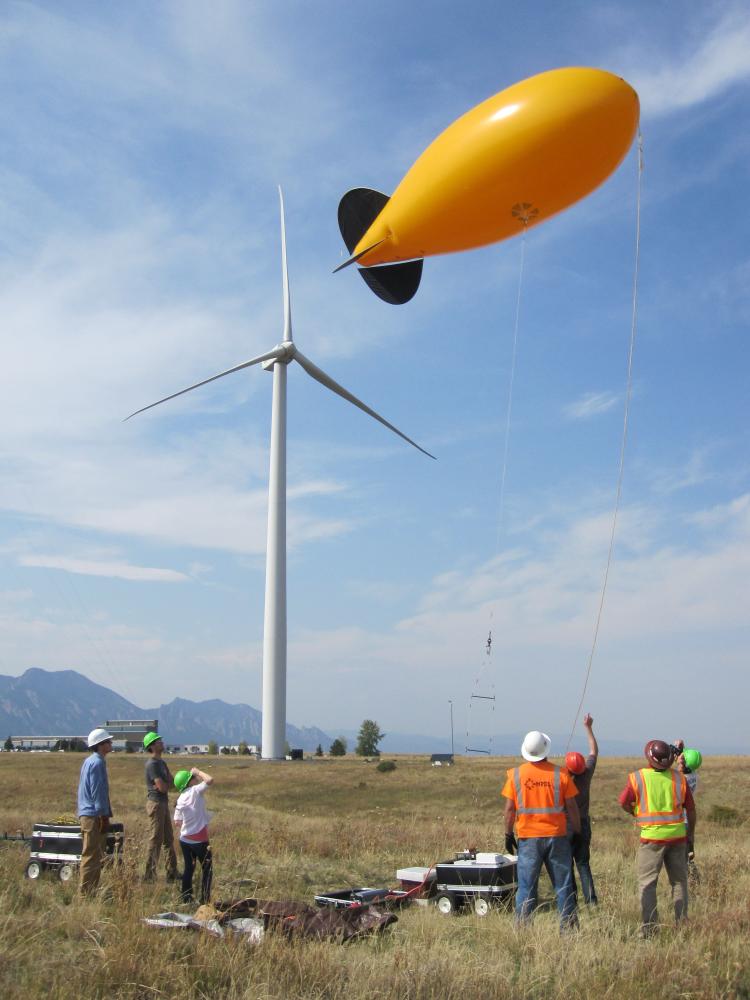 Furthering this theme of interdisciplinary research, Lundquist is collaborating with CU-Boulder Economics Professor Dan Kaffine and University of Denver Sturm College of Law Professor K. K. DuVivier on the NSF-funded project “Good Neighbors.” By bringing together investigators from diverse areas of expertise, Good Neighbors aims to provide a comprehensive analysis of the “spatial scales of wind energy’s environmental, economic and legal impacts.” Lundquist and her graduate students have made measurements in a wind farm in Iowa to measure how far downwind wind turbines will impact the flow.

Throughout her research, Lundquist has found the employment of remote sensing techniques and unmanned aircraft systems to be valuable.

Over the course of three years of Crop/Wind Experiments, which brought together investigators and students from CU’s ATOC and AES Departments, NREL, NCAR, the National Laboratory for Agriculture and the Environment, and scientists from Iowa State University, researchers used wind-profiling lidar systems to measure and understand how turbine wakes change with stability of the atmosphere. This information was then used to assess the impact of wind turbines on nearby surface temperatures. Lundquist explains:

“We found that at night, turbines mix the cold air near the Earth’s surface with the warmer air [that is higher up], warming the Earth’s surface [beneath the turbine’s turbulence flows]. This surface warming could help surrounding crop growth by making the environment less suitable for different types of harmful fungus to grow.” 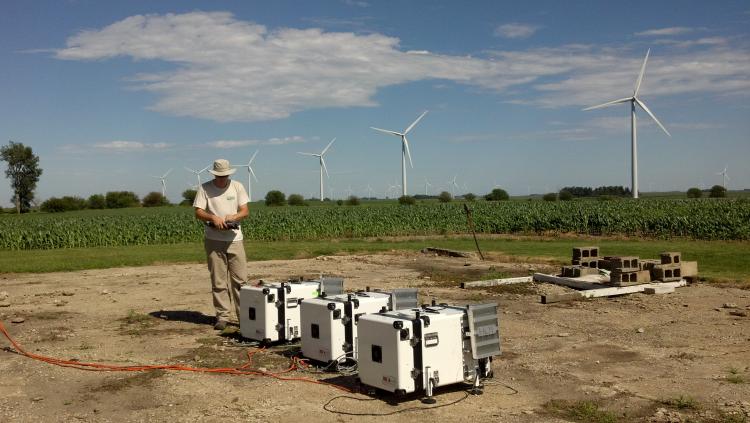 CU/ATOC research associate Mike Rhodes comparing data from three Windcube lidars in a wind farm in Iowa as part of the CWEX-13 experiment. The three lidars were later moved to different locations to measure wind profiles throughout the wind farm.

For collecting in-situ measurements, Lundquist has collaborated with the AES Department’s Research and Engineering Center for Unmanned Vehicles (RECUV) to directly measure wind turbine wakes with unmanned aerial systems (UAS) at NREL’s National Wind Technology Center. In an earlier collaboration with CIRES, Lundquist and her team were able to directly measure turbulence dissipation in a turbine wake with turbulence probes flying underneath a tethered lifting system (see movie below).

Since her time at Lawrence Livermore National Lab working with summer undergraduate students, Lundquist has possessed a passion for teaching. This passion, in turn, attracted her to CU:

“One of the most exciting parts of my job is interacting with students. When students are in the process of learning, they ask questions that challenge our preconceived notions. They bring a dynamic and creative aspect to the research community. At CU, I can enjoy the energy and enthusiasm of students whose crazy ideas sometimes turn out to be brilliant.”