With their plethora of applications, unmanned aircraft systems (UAS) have become a burgeoning field within the aerospace industry. Boulder-based Black Swift Technologies is an emerging key player in the global UAS community, offering systems and services that increase the ease and reliability with which UASs can be operated.

Black Swift Technologies (BST) uniquely couples avionics expertise with consulting services. BST produces their own line of customizable autopilots, ground stations and supporting avionics that enable customers to fly and coordinate UASs with greater simplicity. Concurrently, it offers consulting services for customers attempting to navigate the ever-dynamic and often confusing application process for legal access to airspace as granted by the Federal Aviation Administration through Certificates of Authorization (COAs) and Section 333 exemptions.

“I founded the company with fellow RECUV researcher Maciej Stachura. We built the first prototypes in my living room. GoJett, [a supersonic-drone under development by AES Assistant Professor Dr. Ryan Starkey], bought one of our first autopilot, ground station and tablet units. We knew a local manufacturer UASUSA, [also affiliated with RECUV], and sold them autopilots for their aircraft. Eventually, we applied for and won a small business innovative research Grant from NASA to develop a unique UAS based soil moisture sensor that got us started as a full-time company. “ 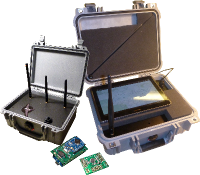 Elston’s connections to the CU research community are deeply rooted:

“I received my undergraduate, masters and Ph.D. from CU. My senior design project [as an undergraduate student] involved developing a modular autopilot. Cory, [my BST colleague], and I both worked on  UAS projects at CU before RECUV existed, and he and I met in 2001 working on the Tornado Chaser project with Dr. Brian Argrow.”

Elston’s cumulative RECUV involvement, which amounted to nearly 15 years of research, provided him with the insight and expertise necessary to undertake unmanned aircraft system improvements:

“My post-doctoral research involved sampling pre-tornadic super cell thunderstorms with UAS. For that project, we were using a commercial autopilot system. We got tired of the difficulty associated with integrating and operating the system, and decided that through increased autonomy, better modularity and a simplified interface we could make our own that would greatly reduce the barriers to entry to operate UAS.”

Similarly, RECUV’s heritage with COAs provided Elston and Stachura with the foundation for their consulting business: 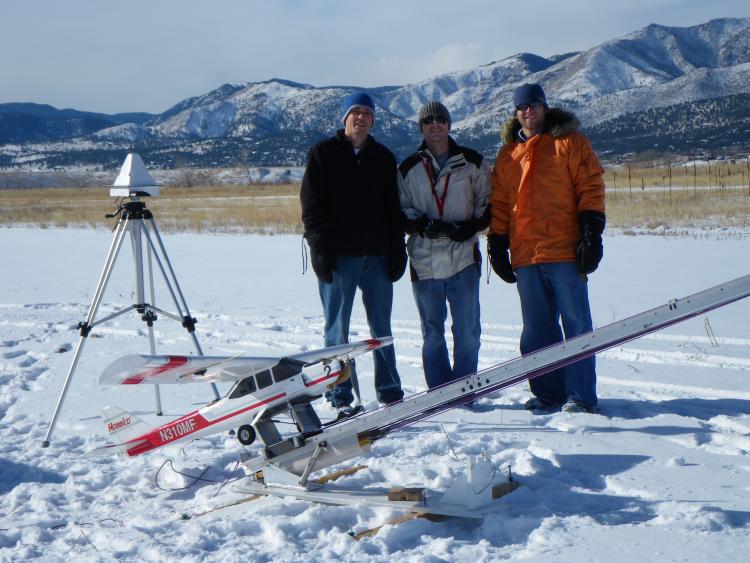 “Through RECUV, I gained lots of field experience. At one point, RECUV had more space to fly than the Department of Homeland Security. Maciej and I wrote around 80 different COA applications. From that experience, we developed the consulting aspect of our company.”

Since its inception, BST’s connections to both local and national industry have continued to grow:

“In May 2015, we ran demos in collaboration with CU at NCAR. We flew a prototype for a balloon sounding that will allow NCAR to increase the scientific capabilities of its balloon payloads by providing a means of payload retrieval. We have also worked with multiple Universities on various research projects. Nationally, we have worked extensively with Conestoga-Rovers & Associates, specifically their UAS group based in Atlanta, who perform survey work for disasters.”

“This system shows the agricultural context of UAS. It involves a drone flying 15m off the ground that generates a moisture profile for soil 5-20cm below the ground. The data will be valuable to [many groups], including the Army Corps of Engineers for soil integrity assessments and to farmers for soil management. We are running tests this summer and are on track to have a fully functioning system by March [of next year].” 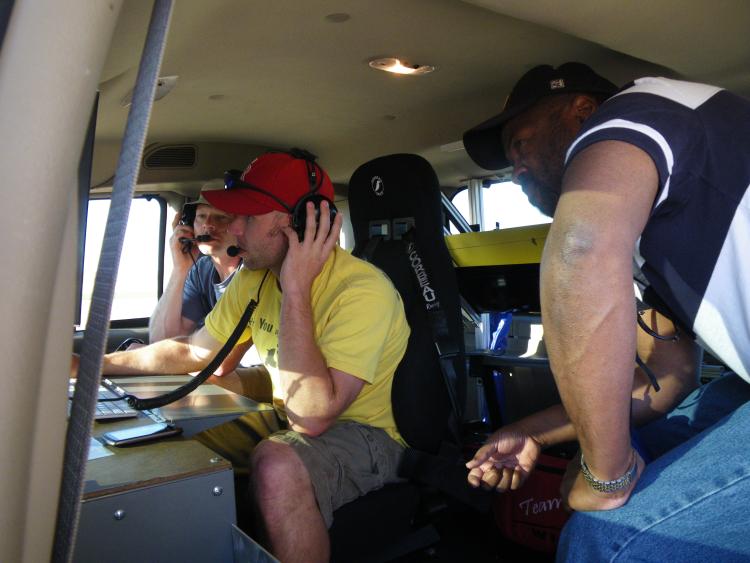 Overall, Elston has high hopes for the direction of the UAS industry:

“In the next five years, there will be more and more adoption of UAS for different applications. UAS will provide much more on-demand info, in terms of surveying and imagery, and will incorporate more unique sensors beyond just camera set-ups. As far as the industry goes, there is plenty of room for new players.”

At the moment, BST is experiencing the growing pains of a small company; it has “more to do than it is has bandwidth for.” They hope to alleviate this problem, at least partially, by hiring two new employees by the end of the summer.